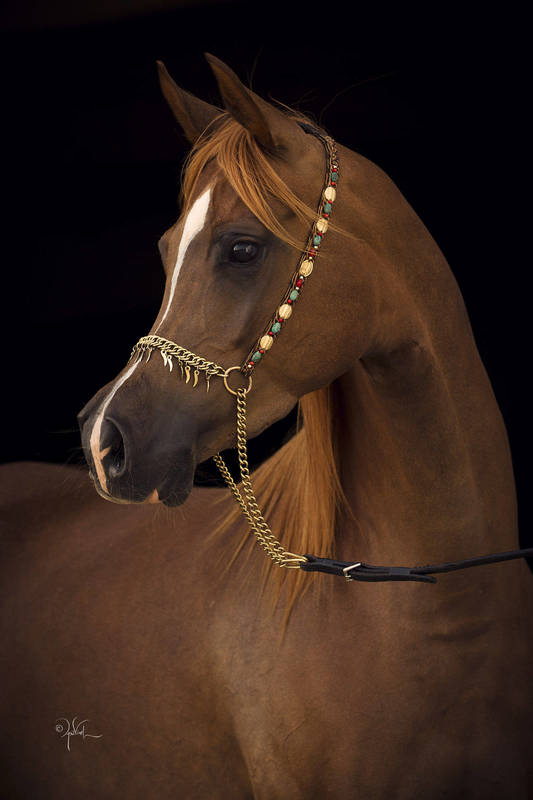 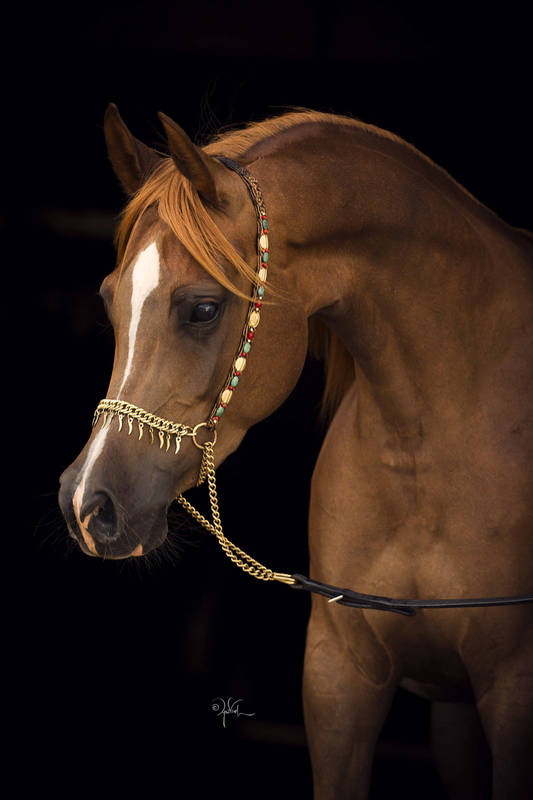 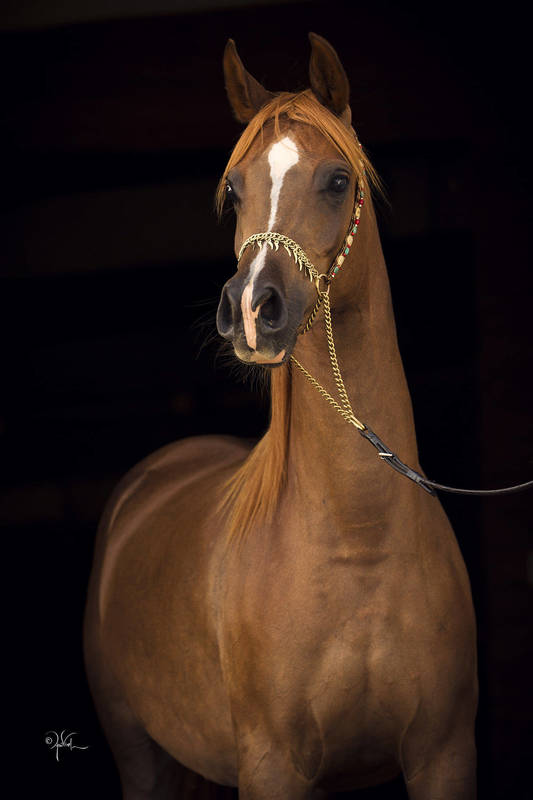 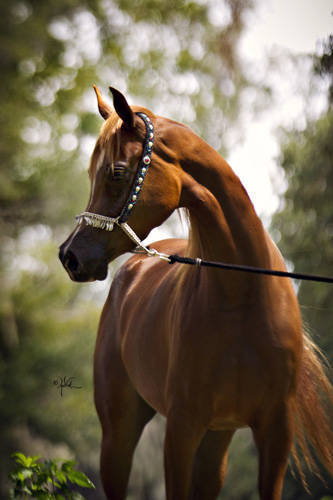 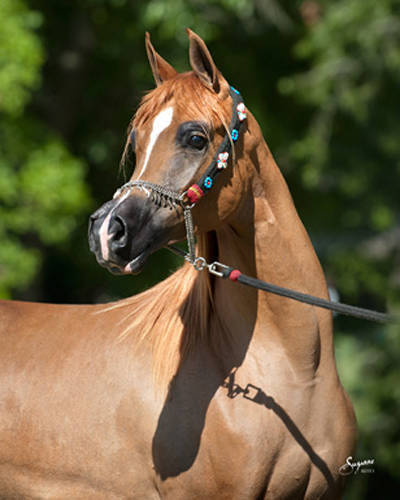 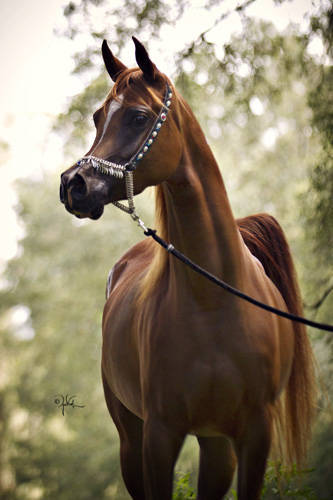 Leased by Talaria Farms and in foal to Botswana for 2016

Elle Luna is a daughter of the remarkable and beautiful Ajman Moniscione, and out of Markelle’s treasured foundation mare, RA Miss Siagon by *Exceladdinn.  Elle Luna’s dam line goes to the desert-bred mare Rodania, and thus is the classic tail female strain Kuhaylan Rodania.   Rodania is an extremely vital mare in straight Egyptian breeding.  Some of the greatest Straight Egyptian horses of all time including Alaa el Din, *Serenity Sonbolah, Al Adeed Al Shaqab, and Imperial Imdal are just a few examples of horses that carry the influence of Rodania in their pedigree.  This gorgeous filly was bred as a replacement for her champion-producing dam and we are proud to say that our intentions have been realized.

Elle Luna’s dam RA Miss Siagon has produced Champions not surprisingly given her versatile pedigree in both halter and performance.  Her first foal, RGA Kourusso was Region 2  - Arabian Western Pleassure Junior Horse Champion, as well as Scottsdale Arabian Stallion Breeding Top Ten.  This stallion has too many wins to mention.  RGA Koul Mist was her second foal and was Top Five in Region 12 Arabian Yearling Fillies and Top Ten in Region 14 Arabian Yearling Fillies.  In addition to producing show ring winners, Siagon daughters have also proven to be exceptionally valuable as broodmares.

Elle Luna’s sire Ajman Moniscione is an incredibly gorgeous stallion sired by WH Justice (Magnum Psyche x Vona Sher-Renea) and out of the beautiful mare Anthea Moniscione.  Ajman Moniscione is an incredibly consistent producer of exotic foals with excellent movement.  In addition to his wins at Aachen, he was also triumphant at the Menton International Show and European Championships in Moorsele.  In Paris he won  “Best Head” at the World Championships.

We have great expectations for Elle Luna and are so proud she is a part of our mare herd at Markelle.